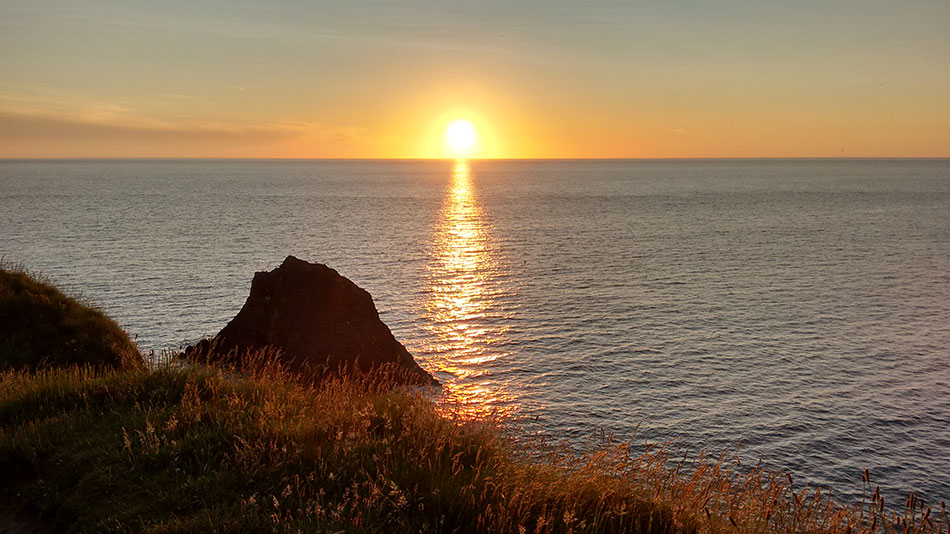 In case you’d thought Brexit was some new kind of breakfast cereal, Thursday June 23rd 2016 would have left you under absolutely no illusion whatsoever: Brexit was nothing less than the biggest shake-up to British politics in living memory. Not the sort of politics that takes place in Westminster and doesn’t really affect you, but the sort of politics which has the potential to change everybody’s lives forever.

In the days following the referendum vote, two things really stood out: one was the emphasis that was being given in the media to people’s feelings (something that would have been unheard of in Britain 20 years ago); and the strength of feeling that was being displayed by people on both sides of the campaign.

Exit polls suggested that most of the people who voted Leave were older people whereas it was mostly younger people who voted Remain. As news reporters interviewed people on the streets about how they voted and how they felt about it, what became clear was just how much anger there was coming to the surface and how that anger was being directed at others in the form of blame. Young people were angry that “baby boomers” had voted Leave and, as they saw it, ruined their future prospects. By and large younger people wanted to remain part of Europe but the old folk were denying them that opportunity, or so it seemed. People living in areas with high immigration and who were not enjoying the experience had been angry for many years – angry that “foreigners were coming over here, taking our jobs and contributing nothing to the economy”. That anger led them to vote Leave. “Enough is enough”, they said.

And yet the Leave vote brought out the anger of many Remain voters too, angry at what they thought was a very bad decision made by people who didn’t understand the implications of what they were doing.

So what do the angry Leave voters have in common with the angry Remain voters? Both were effectively saying: “I’m not getting what I want because of what other people are doing”. This is a mentality of powerlessness in which we require other people to behave in a specific way in order for us to be happy. And yet with the vote being split almost 50-50, how can everyone get what they want?

Observing my own thoughts and listening to other people speak after the result was declared showed me that people were viewing the Brexit vote through the filters of their own personal issues and their own personal agendas. Brexit was bringing to the surface, not just how we felt about leaving the EU, but how we felt in general about all manner of things. Regardless of how they voted, people on both sides experienced feelings which can be described as “I’m not getting what I want; someone else is deciding my future; we were lied to; this isn’t what we signed up for”.

Being heard & having your needs met

What everyone has in common is the feeling that our needs are not being met and that we are not being heard. The scene may have changed and the debate may now be centred around EU membership, but these feelings have been around for a long time. Many people felt lied to, unheard and ignored when Tony Blair took us to war in Iraq “on a lie” that Saddam Hussein had weapons of mass destruction. Many people felt angry after the 2010 general election that change to the voting system (which they viewed as fundamentally biased and unfair) was not forthcoming. And who didn’t feel angry about the MPs’ expenses scandal or the way in which the banking crisis came about back in 2008?

Like most people I really didn’t think the Leave campaign would win. We British are not known for making big changes, after all. We don’t like to rock the boat and we generally hope that whatever we don’t like will just go away if we ignore it for long enough. When President Obama endorsed the Remain campaign, saying how bad he thought it would be for the UK to leave the EU, and when Donald Trump said he thought Brexit would be a good thing, surely that meant that we Brits, the sensible people that we are, would vote to remain. For so many millions of people to ignore those messages and to ignore all of the scare stories and to vote Leave, that says to me that there must have been a real depth of feeling among the Leave voters. They must have been pretty pissed off to be prepared to ignore all the possible consequences. That, to me, says that those people felt that their needs were not being met and their voices were not being heard. And that is something we need to acknowledge because it is a symptom of the way we live.

Union is great in theory but what if the terms of that union do not suit all parties? If your partner is happy in the relationship but you’re not and you can’t see any hope of it improving, should you put your partner’s wishes ahead of your own and stay in a relationship which does not serve you? Should the Leave voters have put up with all the aspects of EU membership that they didn’t like, just to keep the Remain voters happy? Or should the Remain voters now keep quiet and accept that it’s their turn to be unhappy and feel ignored?

Although I don’t like to see so many people being angry and blaming others, I feel that it is important that whatever feelings we have are allowed to be expressed. Emotional suppression does no-one any favours and leads only to ill-health and suffering. We need to be able to talk to each other about how we feel, but we also need to be able to take responsibility for those feelings, even if those feelings have been brought to the surface by the actions of others. Beyond expressing how we feel, we need to enquire deeply within ourselves to ask “what kind of world do I want to live in and how am I contributing to that?” If we want peace and opportunity, we need to tune in to those frequencies within. Being angry is OK. It shines a light on where something is out of alignment in your life or in your thinking. Anger at other people leads to blame which leads nowhere good. Anger plus taking responsibility for how we feel leads to empowerment, the very quality that many people feel has been lacking in their lives.

The idea of separation

Feeling lied to, feeling that something has been taken away from us and the anger we feel about that have their roots in the Idea of Separation which is imprinted on us at birth. Being told that we are physical beings instead of spiritual beings with physical bodies changes everything. Identification with the body at the expense of who we are in essence, fosters the belief that we are separate from “other people” and the world in which we live. This gives rise to ownership, competition, conflict and suffering.

If we want freedom, sharing and cooperation in our lives, we need to base our societies, not on the Idea of Separation, but on the recognition that, although we have separate bodies, in Spirit we are One. One people, one planet. Britain may be an island in the physical sense and there certainly seems to be more than a whiff of “island mentality” expressing itself but, like it or not, we are part of a “global village” in which every part affects the whole. We simply cannot turn our backs on the challenges of the world and pretend that they don’t exist.

In the 1940s Mohandas Karamchand Gandhi became the figurehead for a movement campaigning for Indian independence from British rule. British governance of India arguably brought benefits to the country, but it came at a huge cost to the indigenous people. In 1947, after years of struggle, the Indian Independence Act came into being, Pakistan came into existence and India was once again able to manage her own affairs. Many people had wanted freedom from British rule and were fed up at being told what to do by people from another country. Sadly, in spite of Gandhi’s message of non-violence, hundreds of thousands of people died in the process as country borders were redrawn and people of different religions forced to relocate.

The British Empire was not the same as the EU, but there are similarities here. British rule of India did not meet the needs of the Indian people, and yet who would have wanted to pay such a high price for so-called freedom? Millions of people were angry before and after the Independence Act was passed. Many Indians must have felt that the British had taken something away from them.

And now it is we Brits who feel that our needs are not being met and that we are being told what to do by MEPs in Brussels. It is now our turn to feel that something is being taken away from us.

When we feel unheard and that our needs are not being met, we become defensive and seek to protect our own interests. That is what is happening at the moment. And yet who do we expect is going to hear our views or meet our needs? I can see no better course of action than to seek out someone who voted differently from you and committing to spending half an hour with that person and really hearing what they have to say without blame or judgement. And then to ask if they will do the same for you in return. That way everyone gets heard and we all get the opportunity to understand what others are feeling and what is important for them.

If we want freedom, sharing and cooperation in the outer world, we need to look within to see where we are encouraging those energies in our own lives and where we are shying away from them. In the words of Mohandas Gandhi,

We but mirror the world. All the tendencies present in the outer world are to be found in the world of our body. If we could change ourselves, the tendencies in the world would also change. As a man changes his own nature, so does the attitude of the world change towards him. This is the divine mystery supreme. A wonderful thing it is and the source of our happiness. We need not wait to see what others do.